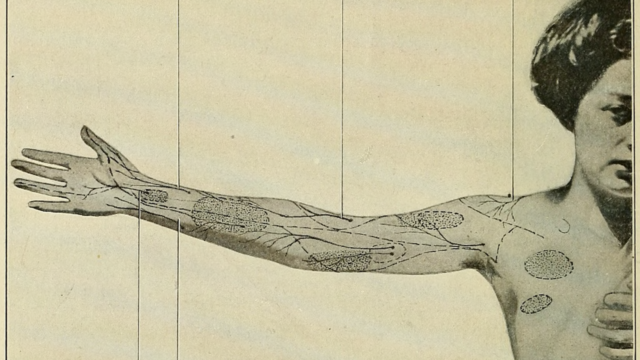 Resonating in regenerative acts, resiliency, rootedness and irreparable scars, a jumble of voices makes sense of the language of war.

Cicatrix was produced for the 2008 Third Coast Audio Festival’s ShortDocs Challenge, Radio Ephemera. The constraints imposed inspiration from two of five literary ephemera from the early 20th-century. The books I chose for my submission (Trees as Good Citizens/1922 and Control of Body and Mind/1908) wove metaphor and meaning around another constraint, that of the audible voice of a stranger.

In 2006, a radio colleague traveled to Beirut collecting tape of Israeli cluster-bomb victims. She offered me some of the tape to work with—and a photo of a bomb survivor. I imagined the experience of both translator and translated and of bomb victim striving to return to her everyday activities of harvesting her farm’s tobacco leaves to market.