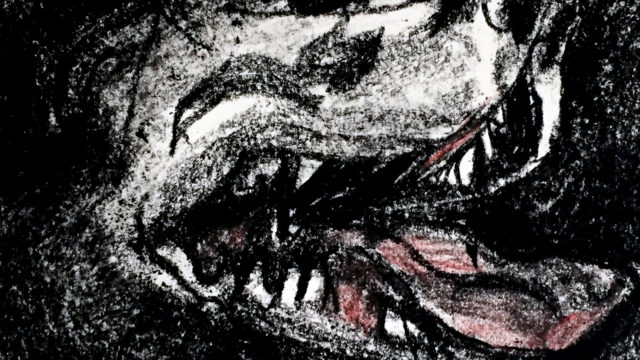 We think we’ve adapted to one failed imperial adventure, one endless war, one psyche-depleting degradation of another Black man swinging from a tree or dying beneath the weight of a murderous white police officer’s knee. Another pops up, and another and another, like a game of whack-a-mole..

Three sound artists harrow into the gut of hubristic acts and their potential for humility. It’s a gesture of hope. We must tunnel into the distress in order to save a bit of ourselves for that gesture, awaiting its call. To listen to such art making, rooting out brutalities, individual, structural, and global in scale, is to open the ears to the possibilities of change.

Each artist responds in writing to a simple inquiry that expands across myriad realms of our motivation as human beings: Why did you do that?

Meira Asher: Still Sleeping features a sound walk to the site of a Palestinian boy being burned alive in the Jerusalem forest.

Evangeline Riddiford Graham: Dog Woman listens to the persona of poet Melinda Freudenberger who writes about sexual trauma as a kind of filter.

Myra Al-Rahim: and the sea gave up the dead which were in it
The artist rummages through time and catastrophe, distilling the conceit of a U.S. president who pummeled Iraq, the artist’s home country.