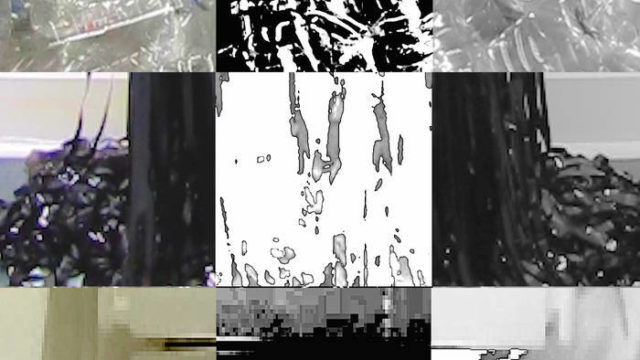 In 2017, Intermix (propositions for performance installation) was launched. It’s an ongoing, collaborative performance project developed by artist Seth Guy, who works at the intersections of auditory and visual perception investigating language, memory and imagination.

Seth records to video a private performance where he resonates and records the sounds of objects with his body. As invited collaborator, I responded aurally to what I saw, resulting in two recordings: the live recording of the performance and the collaborator’s voice-only, objective, nuanced description. It’s narration of an enacted struggle with tactile and kinetic props. In its rawness is a considered story.

Listen to the raw recordings of Intermix 3 and others, both performance and ‘narration.’

These are the only clues to what has occurred, inviting listeners to imagine what has been performed from what they can hear—via the body, via the voice.

This album will develop over time as new performances and collaborations are devised and executed as part of the artist’s UK residency at LAB451.