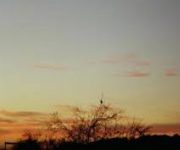 A multiple trek follows the nomad’s movements around walled cities and deserts reaching the sea; through the uprooted mind; via ghost travels and in bad circles; inside stories that never come to the point. Five pieces comprise the series; they have been presented individually or as a whole series.

Nomad
I wrote and produced Nomad for The Next Big Thing (a program that eventually morphed into the contemporary Radiolab). I was invited to be ‘more poetic,’ but also musical, as I listened to the ubiquitous freights rumbling past my desert neighborhood in the U.S. Southwest—a soundspace unlike any urban or coastal experience of living so close to the sound and yet so distant in such a vast expanse. The heat compels one to listen deeply.

Hitchhiking Off the Map, The Independent Eye (national radio series) – 2003

Walking in Bad Circles
In the back newspaper pages, tucked beneath the screaming headlines, a small story about a young man quietly came to life. He’s lost to others but not to himself, as he wanders a maze far from a tiny Mexican village into the noise of urban and foreign geographies. “I’ve been walking in bad circles,” says the man, as I imagine him talking to no one in particular, remembering his town and his mother.

Spirit of the Forest, a podcast of audio drama & dark comedy created by Dan Crall – Episode 8 – 2015

Exile is a longer evocation, a pulling towards the weariness of living in a series of water-less cities in order to better understand the desires of home and place. It’s a meandering, an unsettling, like a traveler’s best hope, though not always smooth in its destinations or landings.