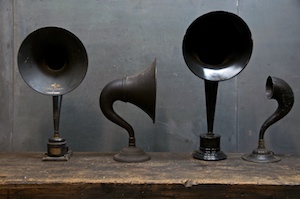 Threads of a live conversation are woven around the ethical dimensions of artistic radio practice; advocacy for fellow artists (seasoned and new); of radio’s liveness, aboutness, ghostliness; of podcasting’s rebellious surge and influence upon its ‘parents’; how listener and producer are constructed by a neo-liberal takeover of medium and critic, and who is best to critique contemporary radiophonic artistry and ‘pondercasts’ and how it compares to legacies of radios past.