My audiophilia whispers into the radio’s ear. 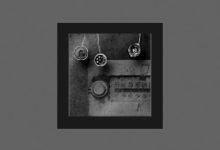 Interviews frequently find their way into sound-texts. Fragments become a story. Voices morph and evolve. Sounds from the field are both exacting and, more often, sonic metaphors.

I will savor an intentionally recorded piece of audio or conversation, even sentences, until they’re ripe for the ear.

When I lived within earshot (though never visible) of a goat’s vocalizing, this evocative, almost disconsolate wail-shout became the thread woven through a series of interviews I later recorded with two farmers considering their role in raising animals humanely for slaughter (Flesh has turned itself to stone or dust, 2015). Though they talk about their various animals, this goat has its own voice. A goat-like creature, arising from a long-remembered dream, is also reckoned with and invited into this story space.

Real-lived scenes ensound the human-animal entanglement bearing witness to climate chaos and disease and to the precipitate expectations of commerce as we attempt to control the related, churning mayhem (how you treat them is what you are, 2021). And these entanglements are seated in the unconscious: Woolgathering (2020) meanders around collective catastrophes, animal-others and the contradictory disasters of the dreamscape.

In Speech Acts (2001), a gagged voice echoed in my ears. It wraps around the voices of two people sharing how they once practiced silence together for days or years (Silence). The entire series is punctuated by this vocalizing as well as a tearing of cloth to bind the voice. Within this series is a documenting, but also an entirely imagined interview with the nosy neighbor of Echo and her nymph friends. Questions about language abound.

The sounds of scraping inside a huge cardboard box were felt somatically while I explored themes of betrayal (Taboo Box, 2004).

A litany of vapid safety tips for women’s avoidance of male violence was on the tip of my tongue in Complicité (2000); so I wrote a ditty of them to sing.

Writing a rhymed ballad for an apocryphal 16th-century hermaphrodite happened long after I interviewed women who had morphed into something between the social ideas of gender, or distinctly, men (Unbecoming Woman, 2000).

These sonic liminal borders (aleatory and uncertain) offer a porous geography where stories rarely come to a point. It is around these latitudes, words and sounds that I’d like listeners to travel, be amazed, in a maze, rather than experience a loss of bearing.

As writer Fanny Howe says, the human heart doesn’t want to answer questions, so much as to lengthen the resonance of those questions.